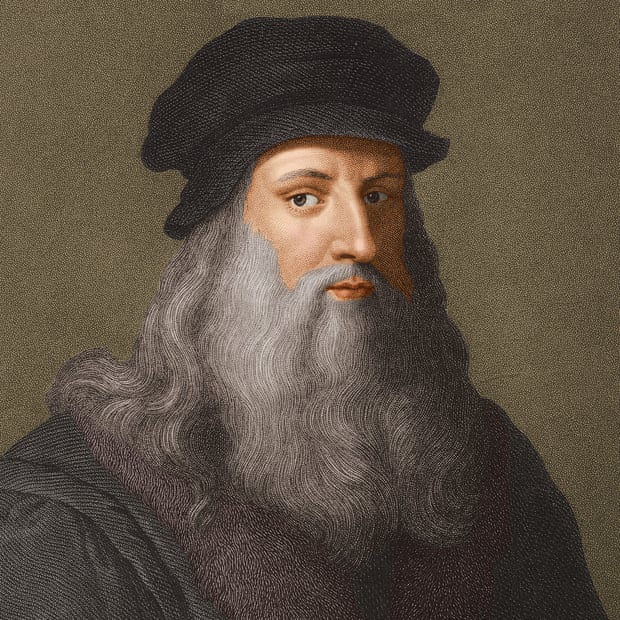 Leonardo Da Vinci (1452-1519) is probably the epitome of self-taught (autodidact), polymath genius, and esoteric wizard, a man who was well-ahead of his time. Although we've all heard of him at some point, his life and work is still elusive to me.

All I know, is that in my awakening journey, I keep realizing how much this guy was an off-the-charts genius, not to mention an incredible artist, and inventor, and probably more things than I know of.
His disciple Giordano Bruno is also a name that always gets my attention, although I've never yet read his books (he was burned at the stake, for, amongst other things, his theories of a Unified Cosmogony)
The Vitruvian man (with all its holo-fractal sacred ratios) used to hang on the walls of our old place, alas I left it there. Now though, I noticed even some Italian euro coins feature it on the back of it!
Talk about cultural heritage.

This year supposedly marks the 500-year anniversary since his passing away, and in fact, The Louvres museum in Paris will hold a historical exhibition featuring the biggest collection of his work to the public from October 19-February 2020. They're flying in his works from all-around the world, so safe to say, this is one for the books.
I also know Robert Grant posted some pictures of the collection featured at a museum in California (Ronald Reagan Museum), so maybe that's something closer to home for some. (Sadly, the last day of this exhibit is Sept 8, as I write this..)

Feel free to share any anecdotes or interesting facts about the man, I'm all ears.

Here's one, I forget where I heard this (could be Resonance Science or elsewhere) The Last Supper, one the iconic fresco of Da Vinci, in the background, those windows apparently look curiously similar to the entrances of the pyramids of MesoAmerica (or Egypt for that matter). Interesting thought, no?

For anyone well-versed in the Italian language, here's a gem of a collection of his works (makes me want to pick-up Italian just for this!): http://www.arsilluminandi.com/index.php/i-codici-di-leonardo-da-vinci (here in a rough translation in English)

- Another anedote that's famous, is that his notes/writings are reversed so that you need a mirror to decode. I used to think this was just a layer of encryption. Until I realized, much later, our eyes actually invert the light entering our eyes. Perhaps, he was telling us something deeper about the nature of reality (in pure gnostic fashion). Also reminds me of Schauberger's famous quote about: Doing the opposite way Science does things today (to get the answers).

Another example of fascinating mysteries surrounding this guy.

- Here’s another surreal feat of architecture that I’ve only accidentally discovered now. This Double-Helix “DNA” Staircase at The Chambord Château in the Loires, France: 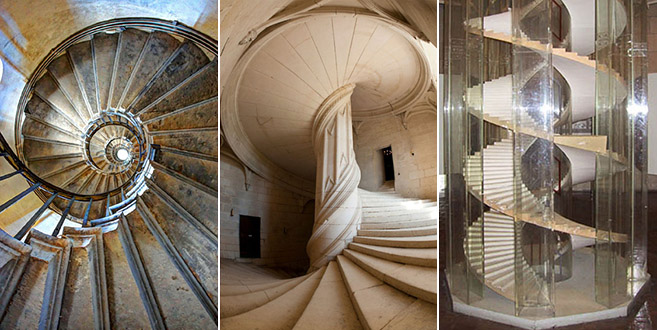 Two staircases, spiraling around each other beautifully, it wouldn’t be an exaggeration to say its the most magnificent staircase i’ve ever seen. And how clever! One to go up and to down simultaneously, not to mention the sacred patterns of Nature embedded. Wow :O

[SPOILER=From his “Visions of The End of the World” series]

“In [his Visions of the End of the World], Leonardo’s power of imagination — born of reason and fantasy — attained its highest level,” writes Ludwig Heinrich Heydenreich in Encyclopedia Brittanica. “Leonardo suggested that the immaterial forces in the cosmos, invisible in themselves, appear in the material things they set in motion. What he had observed in the swirling of water and eddying of air, in the shape of a mountain boulder and in the growth of plants, now assumed gigantic shape in cloud formations and rainstorms. He depicted the framework of the world as splitting asunder, but even in its destruction there occurs—as the monstrously ‘beautiful’ forms of the unleashed elements show — the self-same laws of order, harmony, and proportion that presided at the world’s creation. These rules govern the life and death of every created thing in nature. Without any precedent, these ‘visions’ are the last and most original expressions of Leonardo’s art—an art in which his perception based on saper vedere [knowing how to see] seems to have come to fruition.” (emphasis mine) 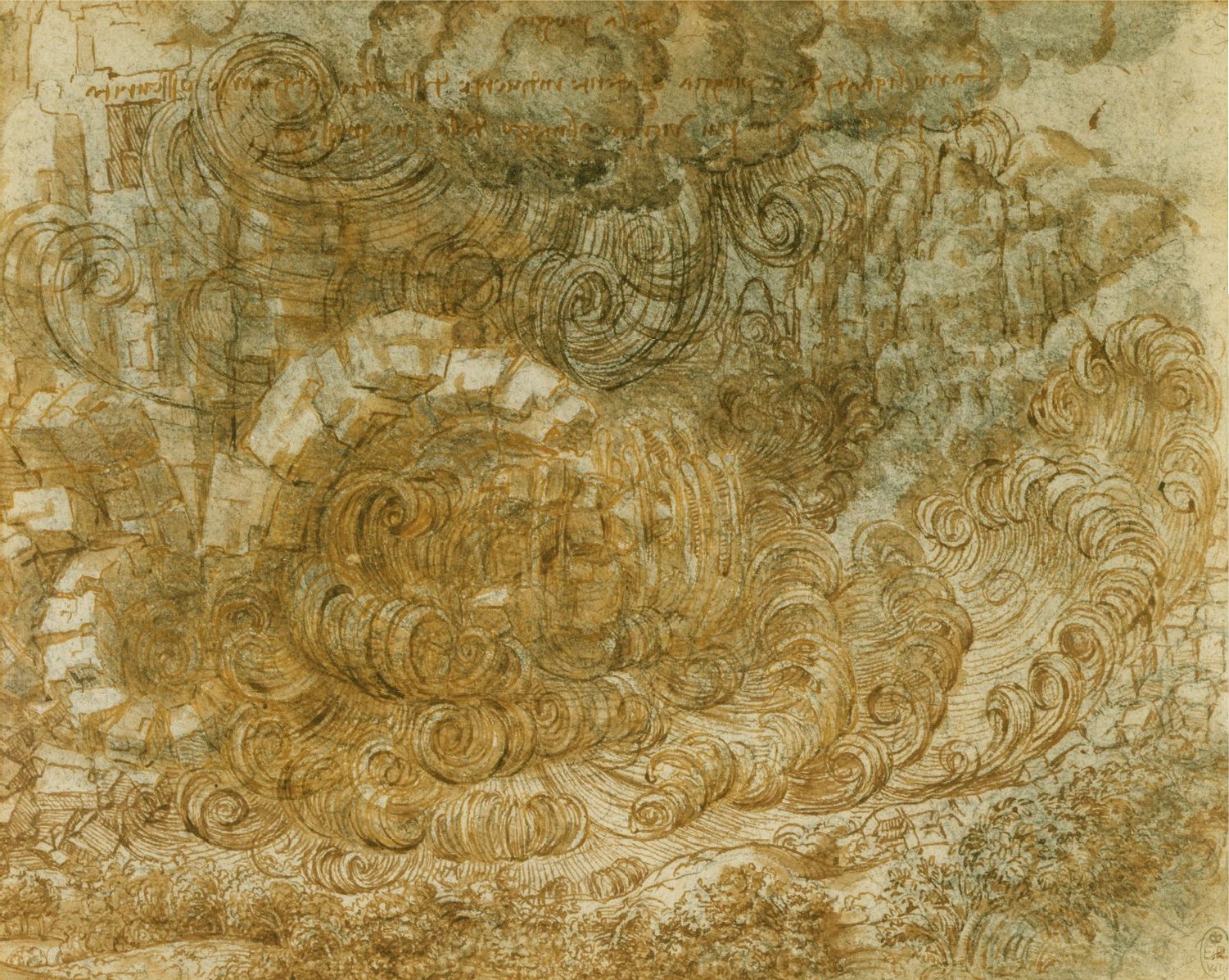 Frankly, I think he had unlocked the mysteries a long time ago. :rolleyes:[/SPOILER]

Here’s one anecdote that just blew my brains out, about Michelangelo’s most famous fresco, The Creation of Adam in the Sistine Chapelle courtesy of Robert Edward Grant’s instagram:

I know it’s too good to be true.
But in fact, it makes so much sense (God as mirrored in consciousness). Wow.

I googled this to see, and apparently it was even featured in an episode of Westworld. That series’ first season got me so impatient I didn’t follow up, but there are definitely some interesting predictive-progrmming elements in it. But I digress.

Since Michelangelo was a contemporary of Da Vinci, I thought it should be posted here.

I'm a few chapters in a book called, Learning from Leonardo by Fritjof Capra. He's also the author of books like The Tao of Physics, and The Web of Life.
The book is dense, but brings lots of insights into the mystical mind of Leonardo Da Vinci. In fact, the first few chapters are all about his fascination towards Water, flow, and vortices.
The author goes as far as claiming that water and the concept of flow was of such importance that it's imbued in a many of his paintings, including the Virgin of the Rocks (below), Mona Lisa, and even the Last Supper. Regardless, it's a great book with lots of diverse information.

Also, since I'm reading in parallel, the Hermetic text of the Kybalion, and it's a great way to see the 7 Principles within Leonardo's perception, as well as put in action in his paintings.

I'll quote a few notable passages below, as well as some comparison between his sketches, and those made by Viktor Schauberger 400-yrs later.
The similarities with the latter are so incredible, it makes me wonder whether Schauberger could be a later reincarnation of LDV..:eek::rolleyes: 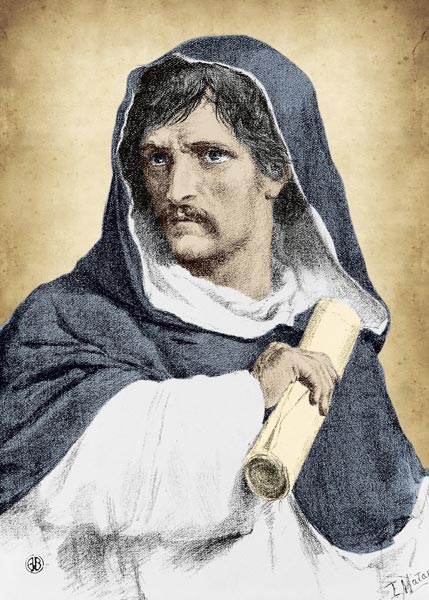 Been fixated on Giordano Bruno since finishing reading the book Immortality Key, providing fascinating insights into the heretic hermerticist from the town of Nola, Italy.
I'd love to compile some notes and resources on the man, the myth, the legend.

In the meantime, here are links to some books on the subject, as well as the library of Embassy of Free Mind, including a couple of them books in digitised version available online and for free. 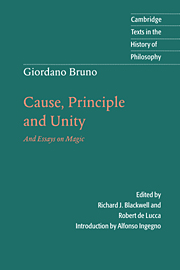 On the Infinite, the Universe and the Worlds (2014) 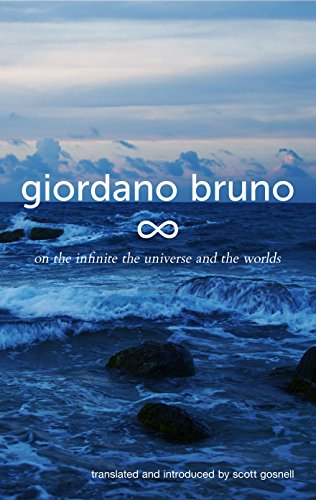 [Excerpt]
In 1584, while living in the household of Michel de Castelnau, the French Ambassador to the court of Queen Elizabeth I of England, Giordano Bruno completed three books of cosmological dialogues: The Ash Wednesday Supper; On Cause, Principal and Unity; and the current volume, On the Infinite, the Universe and the Worlds. Drawing on the work of Lucretius, Nicholas da Cusa, Nicholas Copernicus and others, Bruno developed his theory of an infinitely extensive and eternal universe, filled with stars like our sun, planets like our own, and every world populated by people just like us.

Giordano Bruno's heretical ideas and forceful personality led to a turbulent life, during which he travelled to most of the great academic centers of Europe, and which culminated in his trial and execution at the hands of the Roman Inquisition in 1600.