Forums
Fun Stuff
The Case For...
Bob Lazar: The lege... 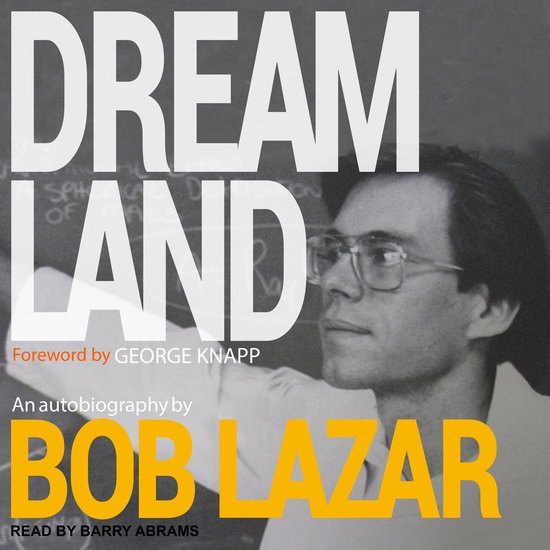 Kinda funny how there isn't a thread already about Bob Lazar on the forum:D

Reading his autobiography Dreamland (2019) made me realise how little I knew about Bob's story, and how incredibly gifted, intelligent, skilled and refined the man is. I've seen his appearance on Joe Rogan #1315, Jeremy's Corbell's documentary of course, before that, I'd previously had encounters but never in the details as laid out in the book.

For a tech-nerd like myself, his descriptions of the propulsion system of that saucer craft are very exciting. Not only that, they also fit with many models I've encountered.

For instance, the mechanics of the saucer craft rely essentially on gravity control. The latter is able to circumvent, or break through the "skin (fabric) of reality" around the craft to travel at the destination. Lazar eloquently describes it as folding "the Universe like an accordion", which I found a charming metaphor.

In other places, it's known as the Alcubierre drive. This refers to the classic "bowling ball on a mattress" analogy. Where as current propulsion system rely on kinetically pushing against the back of the ball to move forward, the gravity-based propulsion bends/modulates the the mattress in order to nudge the boll and roll towards a given direction.
As a direct result, time-and-space become malleable and manageable to travel great distances in no-time. It's elegance and simplicity at it's best, and jaw-dropping when you think about the implications.

Just as a small tangent, the descriptions reminded me of Viktor Schauberger's descriptions of vortexes. One of Schauberger's legendary discovery was the trout's ability to swim effortlessly against the current. The secret lied in curvature that creates opposite-going eddies along its skin, effectively propelling the fish forward in the stream. Further, the natural central eddy of the river further pulls the fish forward. I digress here a bit, but the similarities are worth pointing out. Racedrivers and cyclists also leverage this phenomena called slipstreaming.

Another similarity Schauberger and Lazar share is transmutation used in the propulsion system at S4 Bob was working on relied on , by bombarding protons unto a metal element (115) and creating a new element 116, which also gives credit to Bob since he was the first one at the time to talk about such an element at the time in 1989. This made me wonder if Mark LeClair could similarly potentially create element 116 with water cavitation technology.

This is also similar to what Jacque Vallé had been discussing on JRE#1574 about rare isotopes being recovered from UFO crashes that would otherwise require billions in R&D to manufacture.

If you look at the particle accelerator described by Bob, it resembles a funnel (vortex) see attachment below from his website. Schauberger used water, but could the same principles be at play here? Merely food for thought:rolleyes:
A last corroboration I'll mention is Mark McCandlish's testimony describing very similar encounters, albeit from a different perspective (McCandlish's story is portrayed in this jaw-dropping documentary)

His website is as cool as can be: just a single large image highlighting the essentials about his discoveries, which I highly recommend you, it's full of descriptions.

Personally, Bob will be vindicated (if not already) and his homeric story will be one for the history books.

Bob is a dream guest for THC, I'd love to hear Greg pick his brains on antigravity research, his own gigs, Schauberger stuff (Bob also made cars run on hydrogen). At one point in the book, he casually name-drops Nikola Tesla, John Worrell Keely, and Thomas Townsend Brown on antigravity research. The book is highly recommended, it's one of those rare books I have a hard time putting down or going to bed.

I forgot to mention that just previously I'd read Annie Jacobsen's book about DARPA called Pentagon's Brain which goes in detail about Edward Teller at Los Alamos and his work on hydrogen bomb. This is crucial because much of Bob's career was impacted by Teller, including his serendipitous meeting with him that led to Lazar being vetted for the Majestic security clearance (22 levels above Q clearance) and to work at S4. What a small world!

Great book. Below are some notable resources mentioned in the book worthy of interest

Bob Lazar interview with director Jeremy Corbell on JRE (7.2020) - This is probably the best primer to dive into the rabbit hole
https://www.youtube.com/watch?v=BEWz4SXfyCQ:1