Forums
Magic
Getting Started & P...
Is it really Sirius...

Is it really Sirius? A.A. 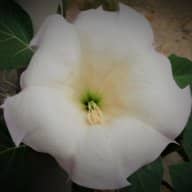 Was Crowley a trickster? Is there power in knowing and hiding facts from others, or am I cracked? I think somewhere I read Crowley actually admitted that he was referring to Sirius in the naming of Argenteum Astrum (Latin: Silver Star, which matches Sirius). However, I think I also read Crowley was into the Greek thing at the time, and I would go with the Greek translation of A.A. Astron Argon or Aster Argos. The reason I think this is because of the constellation of Argo Navis (the ship - the boat of Osiris), contains the star Canopus, which is also sometimes considered the Shou Star, one of the Sanxing three stars in Chinese Astrology - associated with longevity and the deity carries a jar of the elixir of life. Note this A∴A∴ - has three dots on both sides of it.
I'm not a Crowley follower, but I do research things to death.

also from Wikipedia: Canopus was described as Shou Xing, the Star of Longevity, in the Shiji (Records of the Grand Historian) completed in 94 BC by Chinese historian Sima Qian.[74] .

I've found either Sirius or Canopus referred to as the Shou Star in multiple places, though. So, maybe Crowley really did mean to refer to Sirius in Canus Major and not Canopus as part of the constellations making up Osiris' Boat?