Imagine you're at a party, say about a dozen people there, and somebody gets a large pizza delivered from Vaxx's. Every other commercial on TV is about how great Vaxx's pizza is so it is no surprise to you that it was ordered.

They put it on a table and open the box. The pizza is covered with green, slimy mold. You simply step away and think to yourself: "I'm not eating that."

Then you look around and to your shock and horror, about half of the people there take a slice, just as if it were ordinary pizza. You look at them like they are insane.... and they do the same to you.

Another two or three are initially hesitant but eventually grab a slice. A couple of them rationalize by admitting there is nothing else to eat, and maybe one concedes they'll take a slice because it is the polite thing to do.

Only a couple of your friends refuse along with you. But even they are acting a little strange.

Your closest friend is whispering to you: "I read that some mold can be bad for you! I don't think I want to eat that." And you frantically agree, nodding so quickly you feel you might get whiplash.

Your other two "sensible" friends are stuck arguing over the particulars: one is speculating either over how hungry they are or the amount of mold on the pizza and the numbers just dont add up. And the last simply says he will wait and see what happens to the other people who eat a slice before he takes one for himself.

Meanwhile across the table, the people enjoying the moldy pizza are getting frustrated. Then the person holding the pizza cutter says something like: "this pizza is for everyone. So we are ALL going to take our slice and we will LIKE it."

And you start to think to yourself: this party is getting pretty lame. Maybe I should grab my friends and leave.

That's.... pretty much what I'm starting to think about society right now.

Nice analogy. But you forgot that the government are going to mandate that you eat a slice of Pizza, and if you get sick, that's the Pizza working, and then they'll give you another slice that'll make you sick again....
And then there'll be the Pizza police, who'll verify if you ate the pizza or not, and won't allow you into this or that place unless you can prove you ate that Pizza! 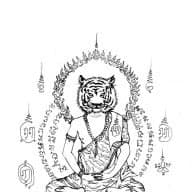