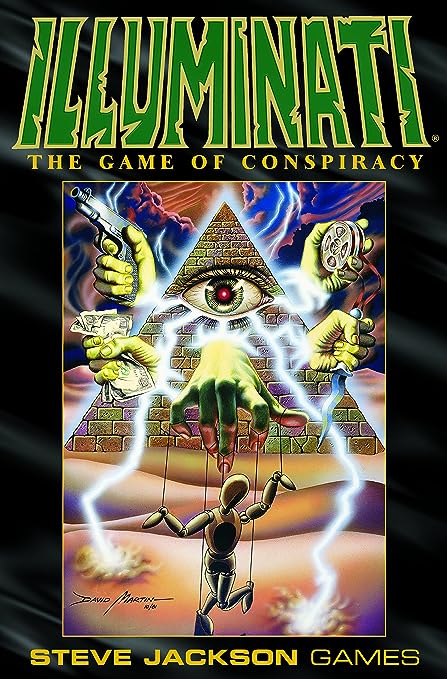 Has anyone played/seen this game? The mystical powers of this game, allegedly inspired by Robert Anton Wilson and co, and how prophetic the scenarios are still intriguing today.

It's a shame they don't make 'em anymore but you can always find them on Ebay, or a digitised version like this website here.
Come to think of it, if someone could make an app game adaptation that could be great also 😉

I plan on getting a set in the future. One thing I noticed is the truckers go on strike card. That one seems very relevant at this moment in time (2/20/22).

I recommend everyone read about Steve Jackson being raided by the fbi in 1990 and how he had to go to court to get his "game" back. He won the case and in 95 the game was released.