Forums
Paranormal
Sightings, Stories,...
Does anyone have ex...

Does anyone have experience with Trauma based mind control? 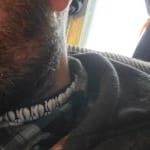 Due to the apparent context of my situation, I'm left somewhat lost as far as being certain about the situation. (And if yer into astrology-12th house Neptune opposite Mars. I have the lover of the universe aspect, which is part of my problem; I don't judge people. Naive) I seem to have been given no trauma, but being surrounded by victims of trauma, so it creates this situation where they all envy me/I don't view their abusers in a negative way because I've never seen them in that way...that is my trauma. I'm hated for being privileged and supporting others abusers more or less...or that's the intent. It's taken me a long time, but I think I am clear on what has/is taking place, but....I'm concerned with making sure this isn't an innocent situation. Maybe y'all can give me some feedback?

What eeems to be the case is that a context has been created where my brother can be used as a weapon against me through trauma programming. When we were very young, I apparently pissed my pops off and so me (15) and my bro (12) were kicked out of our house and had to go live with my uncle. I thought I was the problem, and If I left, my bro would be able to go home. I had a car and a job, so I left. ...then my uncle apparently horrifically abused my brother. ...and he views me as abandoning him when he needed me most, or was meant to. Like I ran. But really I had no frame of reference to be "running" I had no way to suspect my family would even do such a thing at that point. My bro tells me nothing happened but my ma says he told her it happened. My pops lets my uncle just walk in and out of the house like everything is hunky dory to this day. I'm starting to think It is because that was all intentional trauma mind control. My uncle is a Navy vet and he lives up on the family property with a high level Nazi's daughter... I'm starting to become reasonably sure my immediate family are SS or something. My pops recently admitted to working with the World economic Forum when he was getting upset with me over...gas lighting. When he was gaslighting me, I indicated he seems aloof to what is happening in the world/doesn't seem to care and then I asked him, sort of ...."unless...are you working with Klaus Schwabb?" And I got a, "That's where I get most of my income." ...which I don't necessarily know to be the truth. I suspect it might be more like he is where Klaus Schabb gets most of his income. Anyway, does anyone have experience with Trauma based mind control? Can anyone point out tell tale signs that I might use to help confirm the reality of the situation?

There was a guest on The Higherside, Jay Parker, that spoke of Arden Delaware and Elite occultists living in small towns, and i suspect my situation may be one like that. It's very...uncertain for me though, because...I haven't actually really had a traumatic childhood, other than it ending abruptly when I was 15. I get along with my uncle, I get my good taste in music from him. If it wasn't for what seems to have happened with my bro, I wouldn't....do you see what I mean? Quite recently my pops was getting bent out of shape for things that didn't make much sense when I was there and he was definitely gaslighting me heavy duty...that's when I sort of realized that my whole life has been some sort of Truman Show human trafficking scheme. That this was all intentional. It doesn't seem to have just been someone with anger issues, it seems intentional. ...but I want to be more sure. It seems like my ex fiancé and I was some sort of arranged marriage, a "buy" and most of my relationships since then have been a similar situation. They all seem to have "India Trophy" themes, so I suspect I was sold to someone in India or something, but that's another story...

i think my pops may have been able to use my bro against me in the past, but at this point I'm pretty confident that he sees the situation. He's no dummy, and I hope he knows the situation breaks my heart and if I could go back and fix it, I would. He knows that he comes first in my heart, and If it's in my power, I got his back. The trauma programming only allows him to be used as a weapon if he allows it, and he's a bad ass nine that sees the situation. I'm proud of him. ...even if he doesn't know it. Even if he probably still blames himself for ever being used against his bro in the first place...even if he thinks I'm the angel and he isn't worthy, it isn't true. He's every bit the man I have ever been, and three years younger to boot. ...it's embarrassing how long it has taken me to see the situation, and I owe it to him to bring a light to it if it is intentional. Especially since it seems like the damn government is attacking my family. It seems like some sort of MK Ultra /paperclip program through the Navy...

I abandoned my bro when he needed me most. If you have expertise in this sort of MK Ultra area, I'd greatly appreciate your input. I'm being somewhat vague to be mindful of people, but if you need more specifics, feel free to inbox me.

i look forward to being a part of yalls community. This sort of...situation extrapolates out into this whole situation that I'm confident y'all will find interesting, but perhaps we'll get into that another day. Are any of y'all familiar with the liar language built into English? Am and Pm? It seems taboo to talk about but...it seems to be there. For reference, I'm not fluent but I can decode bits: Chair -----> h

Oh! It seems like I've been getting gaslit and manipulated by the SS cuz that's how they do, and also by other groups (hypocrites) cuz they think I'm SS...mostly the SS's doing cuz I have been unaware of what they were until quite recently. So, for the record: I'm not a Nazi. I'm American and I'm disappointed in how America has been letting itself go. I wouldn't have been able to ever get trafficked if we didn't repeal the homesteading act as if that makes sense. The homesteading act is the substance of the 13th. Repealing it is reinstating slavery. It's like having Moby Dick on your shelf, but when you open the book all of the pages are blank. Just the pretense remains. That's what we have left with our 13th amendment but without the homesteading act that it came with for a critical reason; if you own my environment, you own me.