So I guess this machine is underwhelming because nobody is really excited about it and telling how great it is. 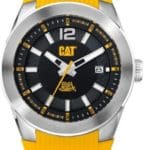 I use it daily. Becomes quite a mission having to top it up with water every now and then.
I'm sure there are long term benefits but I don't see or feel any immediate effects. Drink about 2L a day and inhale for around 30Min.

p.s my Cat loves it and looks alot healthier 🙂

Question: Can we effectively use browns gas to fire internal combustion engines and is it economically feasible?

mrcb wrote:
So I guess this machine is underwhelming because nobody is really excited about it and telling how great it is.

might be more a reflection of the forum than the machine. we have used it in our community house for a few months since the show here i ordered it immediately. my wife has experienced relief from her asthma , she had nerve damage in her arm and hand from a motorcycle accident 30 yrs ago and that has healed (no feeling like numb till now), her brain damage from the same accident preventing her from remembering more than one number at a time also healed.. she recalled all the digits of our combo lock, and noticed she can now remember all the numbers of the two step authentication numbers some sites send you, one of our community in his 70's breathing and drinking the water daily quite religiously, and using the goggles... he had flash burns from welding in his 20's shipyard. his eyes would get bumps under the eyelids which was excruciating when it happens which has been healed by the gas really quickly and hasn't returned, along with an odd sensitivity to milk which caused him to get a neck nerve spasm if he drank any ( and an emergency visit to the chiro). this has moderated, he ate milk in a salad accidentally, went to the chiro as he had been every time it happens, but he and the chiro noticed no neck issue this time. he also has a huge abundance of energy and feels very much invigorated by it. another 70 yr old member has been using it on a melanoma. he tried a half dozen cures for it like cbd, frankincense oil, fenbendazole, and a few others, but the gas worked on it and the melanoma disappeared. plus he also has felt invigorated and much better mood. another member in his 50's has lifelong issues with headaches every week or more, some hugely debilitating, and they gone down 80% or more. The headaches he gets now are intensity 2/10 instead of 11/10 knock you out miserable ones. we actually have used the machine so much we got another one so my wife can use it continuously while she works online in her office, since moving the machine from the community area would impact everyone else. its pretty much the most popular device we've tried, and there's been plenty.

juthura wrote:
Question: Can we effectively use browns gas to fire internal combustion engines and is it economically feasible?

Wiseman sells his research materials for a lot of his automotive work. An intrepid DIYer with experience can make things like that work, and it can be feasible economically once you get a system installed, but any of these systems has to be completely designed and built from scratch. If you want to do it, he has a really robust support system for learning the technology, but it's not a "bolt on and drive off" type situation.

I've been using it pretty frequently. I drink about 1/2 gallon of the water per day, and I breath it for an hour or two probably 4 days a week. For me the effects have been subtle, but significant. It's an expensive machine, no doubt, and there is some maintenance, for sure, but if you have the money and time to invest in it I recommend it.