Forums
THC Threads
What Was That One?
That One Chat About...

What Was That One?
Last Post by Urbanahual 2 months ago
2 Posts
2 Users
1 Likes
612 Views
RSS

Back in late 2018 when I was working at a crappy Korean body shop I made the horror of stop and go traffic on 316 a bit more bearable by listening to my boy Carlwood and I heard an episode about this guy who sells Mexican art and artisan sundries. During his time in Mexico he's learned of the native traditions and went into detail about the Mexican government (which is really just a formality at this point, we know how runs the show *rona cough-los carteles -*rona cough *cough) banned Mexican indigenas from practicing their ancestral rites at the summit of Mexico's most iconic pyramids.

Anyone recall what episode that was? 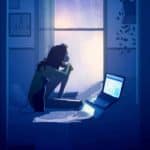