Any interesting sights in Washington/Oregon

Anybody in the area know of any places to go exploring? I love looking for megolithic structures or small lesser knwon things. Maybe even a secret army base???
Let me Know if any of y'all know anything! 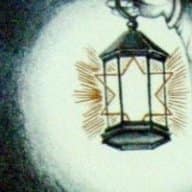 The mountains Pahto and Neahkahanie are very much alive. My father saw Bigfoot several times near Pendland Lake (in the Blue Mountains).

There is a creepy spherical radar base about 15 miles due south Grand Rhonds casino that used to be on maps but now is not.

Willamette Falls was made by Coyote and he spoke to me there once in the abandoned paper mill.

Thank you! I am siked to hopefully go check these sights out. Maybe after the holidays when the tourists and visitors die down and it's a little quieter around here

• Crater Lake - hotspot for missing persons
• McMenamins Grand Lodge in Forest Grove - has had several ghost sightings
• Pittock Mansion in Portland - supposed to be super creepy with ghost sightings
• There's a church in Ashland Oregon that actually administers ayahuasca as part of the service
• Oregon State Hospital in Salem - I've had people with no interest in paranormal or spiritual things tell me to never go there. Probably one of the hottest places in Oregon for ghost sightings and just an overall sense of dread or heaviness.
• Mt St Helens in Washington - Several lava tube caves and mentions of paranormal activity there
• I've heard of barrow hills in The Gorge but haven't spent much time looking into it. There's supposed to be a D.U.M.B. somewhere around there too.

Oregon and Washington overall are pretty amazing, lots of nature sites, parks, landmarks and a high variety of nature to see, just have to dig a lot, almost no one in the area is knowledgable about them. Lots of Native American lore and legends.

Oregon gets the total eclipse next August. I am in the SW corner of Washington. I will only have to drive about an hour and a half south to get to an area of totality. If the coast is going to be cloudy that day, I will drive all the way to east of the Cascades if I have to. I don't want to miss the my second chance, as it was socked in here when it passed right over me in the '70s. I was dumb to not drive up the Columbia Gorge to the Stonehenge replica. I heard it was a great party there.

If it is clear come to my house outside Oregon City.

My home nation of Oregon is rare for a border state in that it has zero large military bases, only a few national guard posts.

This is because the great congress critter from Oregon Wayne Morse voted against the Gulf of Tonkin resolution and the Vietnam War. He was one of only two. As a result Oregon was "punished" economically by shutting down our bases. Oregon was the only State fired on in WWII, so this was truly a fuck you.

I think you might be north of totality there too, but closer than I am here. But, thanks for that generosity.

I just found this map (I want to be on that blue line).

Many of the hotels in the direct path in Oregon are already sold out, news papers here were running stories as early as October 2016 about that, if memory serves correctly.

Yes sorry I am not a good planner. My lady would have caught this before me.

Sweet map! Way better than what I had seen previously. The blue line on the coast passes directly over Cape Foulweather. A magical place to be sure. As it so happens my family has a little shack there. Wonder if we will get a good clear day. Kind of a rare commodity on the coast. I only know four legit wizards or witches personally. (I wouldn't consider myself one... yet) But apprapo to your story about the Mary's Hill Stongehenge party there is a need to know where the party yo. Hehee.

Are there many other places on Earth as aptly named as Cape Foulweather? One can drive the length of the Oregon Coast and see the sun all day... until one reaches that cape. My ex-in-laws were in Gardner and Reedsport, so I used to make that trip a lot.

Yes it is aptly named. Especially at 10:15 in the morning the chances of clear skies there are pretty dicey.

Also the peak of Mt. Jefferson is almost right on the line!

Well, we can't do much better than August 21st for a chance of good weather there.

Wherever I go that day, I will try to remember to take a pack of welding glass with me to share around. Let's hope the chem-trailers are taking the day off.

I wuz just thinking; U.S. Hwy. 101 will likely have very bad traffic on any given August day, but it might well be totally clusterfucked on that particular day. Maybe I should just consider going farther east as the best bet.

satyagraha wrote: I wuz just thinking; U.S. Hwy. 101 will likely have very bad traffic on any given August day, but it might well be totally clusterfucked on that particular day. Maybe I should just consider going farther east as the best bet.

Sounds smart if you want to be as certain as possible.

I would stay clear of Madras and 97 for traffic too. Maybe go out I84 to little OR 19 or 395 to get south to TOTALITY. Following the Columbia could be interesting as it will probably be feeling some strange energy going up-river that day.

You should have a smart phone in hand to check google traffic if you are driving out the "day of". Sorry for inane advice. I don't expect or not expect Taoist Wizards to own smart phones. I myself have usually not had such tech at hand until recently.