As the world turns, more and more websites are inviting me onto their shows or asking for my involvement in skits, blogs, etc. and since I don’t always get to talk about my own life, views, and philosophy on THC because most episodes are so focused on a specific guest and their work; I thought I’d put together a page of the various appearances I’ve made on other platforms outside of THC.  Here, you can see me talking fringe ideas, conspiracy culture, and the weirdness of the world with the grace and eloquence of Sloth from the Goonies!

They do get better as you go along. In a way, it’s also a collection of time capsules and an insightful look into the trajectory of THC’s success. Enjoy.

This was the first interview I didn’t decline. I was a little drunk, and a little high, but that happens. I told the story about a pivotal time for THC, when I had a semi-bad mushroom trip at the Comedy Store Condo in La Jolla, CA with some local San Diego comics and Ari Shaffir. It was through revelations about that night that I decided to stop trying to be another “comedy podcast” and instead dive deep into the weird waters of conspiracy. Check it out.

This was a fun one. Kyle and I appeared on an episode of Grimerica together and it was a blast. We covered a lot of ground. I talked some more about the shroom session at the Comedy Store Condo and my favorite topics and guests that have been on THC, and both Kyle and I have a couple good rants.

I answered some questions about the show and the general THC philosophy that I hope comes through the episodes we do. They asked me some more about my favorite conspiracies, and I got a little weird. I like this one because it was written, and I had time to prep for it.

David Seaman is a solid journalist and a good guy. I had him on months prior to talk about Bitcoin on THC and he repaid me the favor of guesting on his show. We talked a bit about podcasting in general, the THC MoneyBomb, and then I went on a few anti-Capitalism rants and tirades that David didn’t necessarily agree with. Still a great time.

An hour show with Vibin’ Higher!

Throwin stones on The Ripple Effect!

The Carlwood talking about Bacon only, for hours on end. No, not really.

This was a blast! I was on with Mike Nelson from Midwest Real, both guys I consider friends in podcasting. We talked about conspiracies, mysteries, and the seductive art of podcasting.

This was a nerve racking one. I really wanted to be well prepared for such a mainstream show, and it was also one of the first interviews to be done face to face. I met Jericho at his hotel when he was in town for an event. The response, I gotta say, was about 85% positive- which is great considering how many threads we went through. Definitely a person milestone!

Another one I was pretty happy to do. Skeptiko is a great show, and Alex was a great host. Another one I did in person, and with video!

590AM The Fan: The Morning After

So the producer of an St. Louis sports talk radio station happens to be a THC listener and thought Halloween morning would be a perfect time to get me on, despite the show having a skeptic host. I had a great time with it actually. Finally, after 5 years, this is the one thing a lot of my friends in St. Louis are actually aware of. Validation!

When comedian Sam Tripoli decided to start a conspiracy themed podcast, I was lucky enough to be in several of the early episodes. Love those guys! 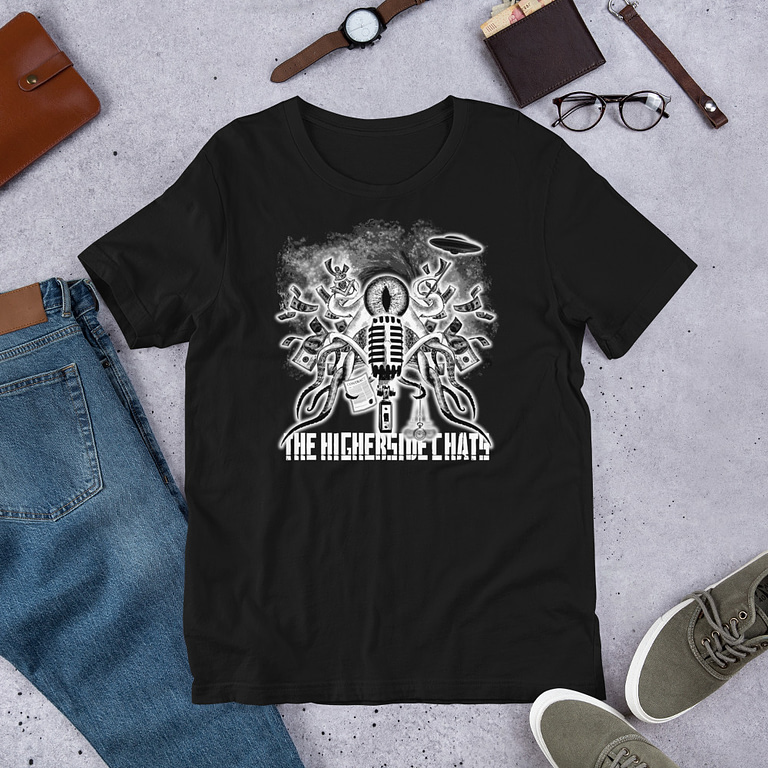